Home What is Cutting History

Home What is Cutting History

In a time when space was vast and fences were few, horses that could assist their riders with the cattleman’s duty became the pride of the cowboy and soon, their competitive nature came to the fore.

In 1898 the first known cutting horse contest was held at the Cowboy Reunion in Haskell, Texas. Today, in twenty two nationals worldwide some forty two million dollars is paid-out annually as prize money, the majority in Australia and the United States of America. Stallions are valued in the millions, while the breeding and selling of cutting horses is a multi-million dollar industry within itself. In Australia, nearly $2,000,000 worth of prize money is paid-out across some one hundred and seventy NCHA affiliated shows every year. More than $700,000 is paid-out at the NCHA Futurity alone each June, the richest indoor performance horse event in the southern hemisphere.

Cutting horses are treated as athletes, while their riders as professional sports people. Top cutters train on a daily basis, working their horses at incredible facilities while caring for them with the utmost respect and confidence. When so much time and money is invested into an animal’s breeding, nurturing and training program, the importance of horse care and serious nature of competition is at an all time high, making cutting the most prestigious equine discipline world-over.

In a cutting contest, horse and rider have two and a half minutes to work two or three beasts and keep them from returning to the herd. The herd, a body of cattle situated at the working end of the arena, is entered by the contestant and one beast is in-turn separated and moved to the front of the herd at the contestants discretion. Once  split from the other cattle the selected beast is worked by the horse, it’s rider setting his or her hand on the horse’s neck and only using his or her feet to assist the horse in it’s job; this is where more than two years of training comes into the equation.

The contest is judged by one, two or three adjudicators, each responsible for offering a score between sixty and eighty based on the rider’s cuts, the horses ability to control a cow and the overall attractiveness or eye appeal of the run. Penalties of one, here and five points can be subtracted from a run, while the cleanest, most confident, aggressive and difficult runs are awarded credit. Every horse is different and every rider trains and shows for a different style, yet all horses enter the herd on an average score of seventy. Highly trained Australian and international judges use their knowledge and experience to place competitors within an ever-evolving judging system. The score means everything and every final is a clean slate – two and a half minutes for $75,000 in the NCHA Open Futurity final.

History of the NCHA Australia

Australians were first introduced to Cutting in 1967 when Gregory Lougher gave a Cutting exhibition at the Warwick Gold Cup riding the recently imported quarter horse mare, Clover Cherry. It wasn’t until Lougher and the Clover Leaf Stud was invited to give a cutting and western horsemanship demonstration, as one of the main arena attractions during the Sydney Royal Easter Show in 1968, that thousands of spectators were shown Cutting under lights and centre stage!   Horsemen and women from all over Australia were immediately engaged by the skill and ability required by both horse and rider for “Cutting”.

Lougher held the first Cutting Horse school in 1968 at the Clover Leaf Stud at Murrurundi NSW . Among the attendees were renowned horseman Jim Haydon, Frank and Ian Johnson, Jim Page, Joy Peel (now Jackson) and Graham Lamey. The interest in Cutting rapidly spread and it wasn’t long before Australians were training their horses for Cutting.

As interest grew, so did the desire for competitions and Frank Johnson, principle of the Nug Nug Ranch at Myrtleford, Victoria organised Australia’s first Cutting Horse competition which was held during the then famous Myrtleford Rodeo. The cutting was won by Jim Haydon ridding Gypsy. Soon after, David Briggs, who was a business partner of Gregory Lougher and the Clover Leaf Stud, formed the Australian Cutting Horse Association and held a Futurity at Terry O’Hanlon’s property at Brookfield, Queensland. Shortly after Mat Hoffman and John Stanton brought out from Texas the successful cutting horse trainer, John Carter who gave a cutting horse school at Kempsey NSW. During this school the East Coast Cutting Horse Association was formed.

Another group of cutting enthusiasts in the northwest of NSW spearheaded by Robert Baldwin and the Long Family were also holding cuttings including a Derby and formed the National Cutting Horse Association. While cutting was developing, so were Australian Quarter Horse Association shows. These shows often held cutting classes which were run under the rules of the American NCHA and the NCHA of America.

In Victoria, Max McTaggart brought to Australia, Pine Johnson who was one of the leading cutting horse trainers in Texas. He gave a number of schools and visited Australia on several visits. With cutting associations and groups forming from Queensland to Victoria, it was time for one central organisation to hold and promote Cutting.

In 1972, the groups agreed to combine and the National Cutting Horse Association of Australia Inc was formed and its first General Manager was Keith Button ably assisted by the secretary, Sandra Richardson. The board of directors, virtually paid for the association expenses until the memberships started to grow.

In 1973 the New England Quarter Horse Association held the first cutting horse futurity held under the same rules and format as the American NCHA Futurity. Under the guidance of Eddie and Col Wilson, the New England Quarter Horse Association built an arena for the event, hired a NCHA accredited judge from the USA and even managed to award the winner of the event with a Jim Reno trophy, just like they did in the US! From that event onwards, Cutting took off! Aged events began to grow in number. The NCHA moved its events to different locations and were aided by their newly formed affiliates. Cutting horse events grew and the addition of the Derby was added to the program.

In 1983 The NCHA rented office space in Tamworth, NSW until it eventually purchased its current premise. NCHA Directors wisely moved the NCHA Futurity to a permanent location at the Tamworth Showground. The Tamworth Showground had a small indoor arena which the NCHA deemed necessary for holding the Futurity.   Working with the Tamworth Showground committee, the NCHA raised funds from their members to increase the size of its indoor arena. Once the NCHA had a permanent location for its events and office, the Futurity and associated aged events grew and grew to reach numbers that exceeded the facilities provided by the Tamworth Showground. The NCHA was instrumental in rallying other horse and rodeo groups, who also used the Tamworth Showgrounds, to put pressure on Local, State and Federal governments to build a state of the art equine and livestock facility in Tamworth. The result after a decade of hard work and dedication from the NCHA, the Australian Equine and Livestock Events Centre which is rated as one of the world’s best indoor competition arenas, held the NCHA Futurity Show in September 2008.

The NCHA now has 53 Affiliates that conduct shows, practice days and clinics throughout Australia. All levels are catered for with over 200 shows taking place each year. 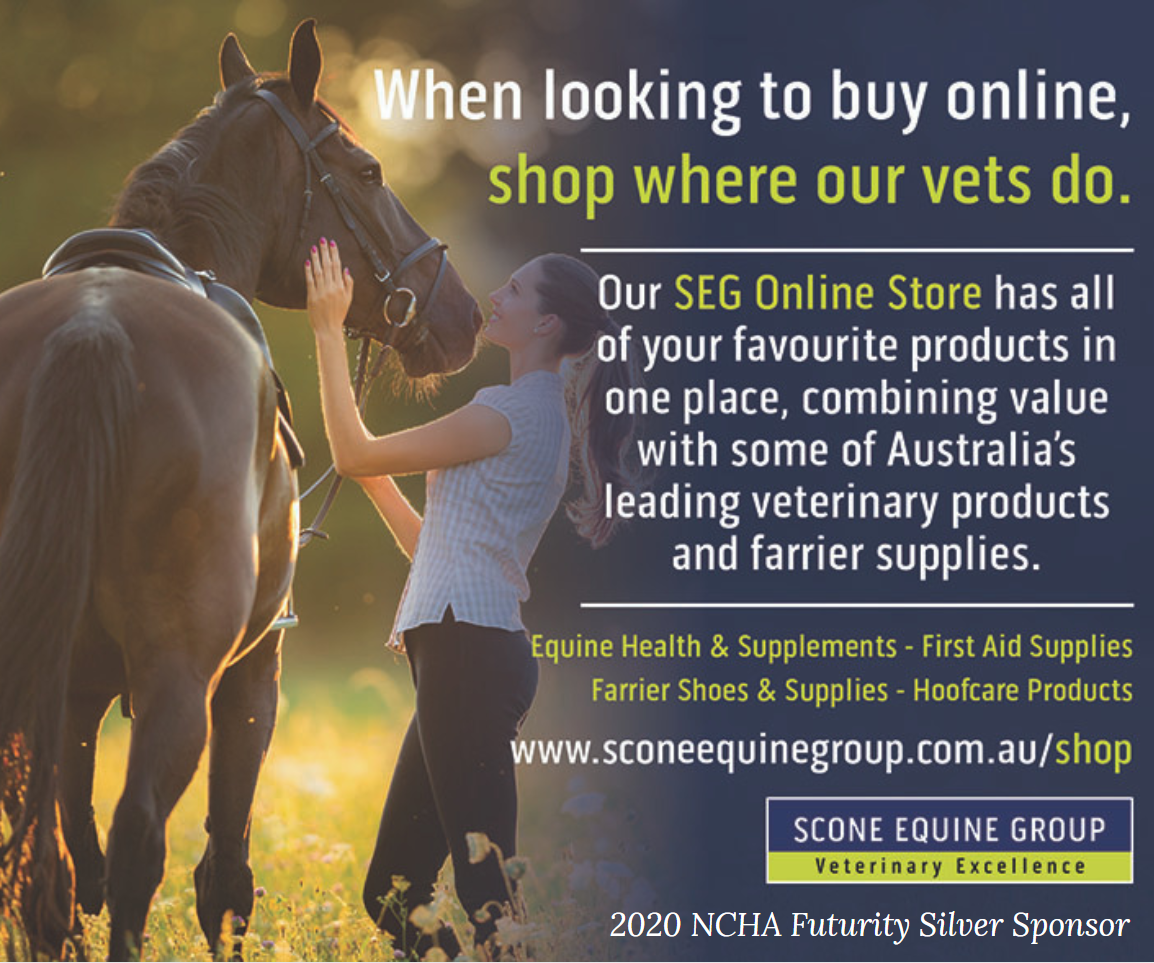 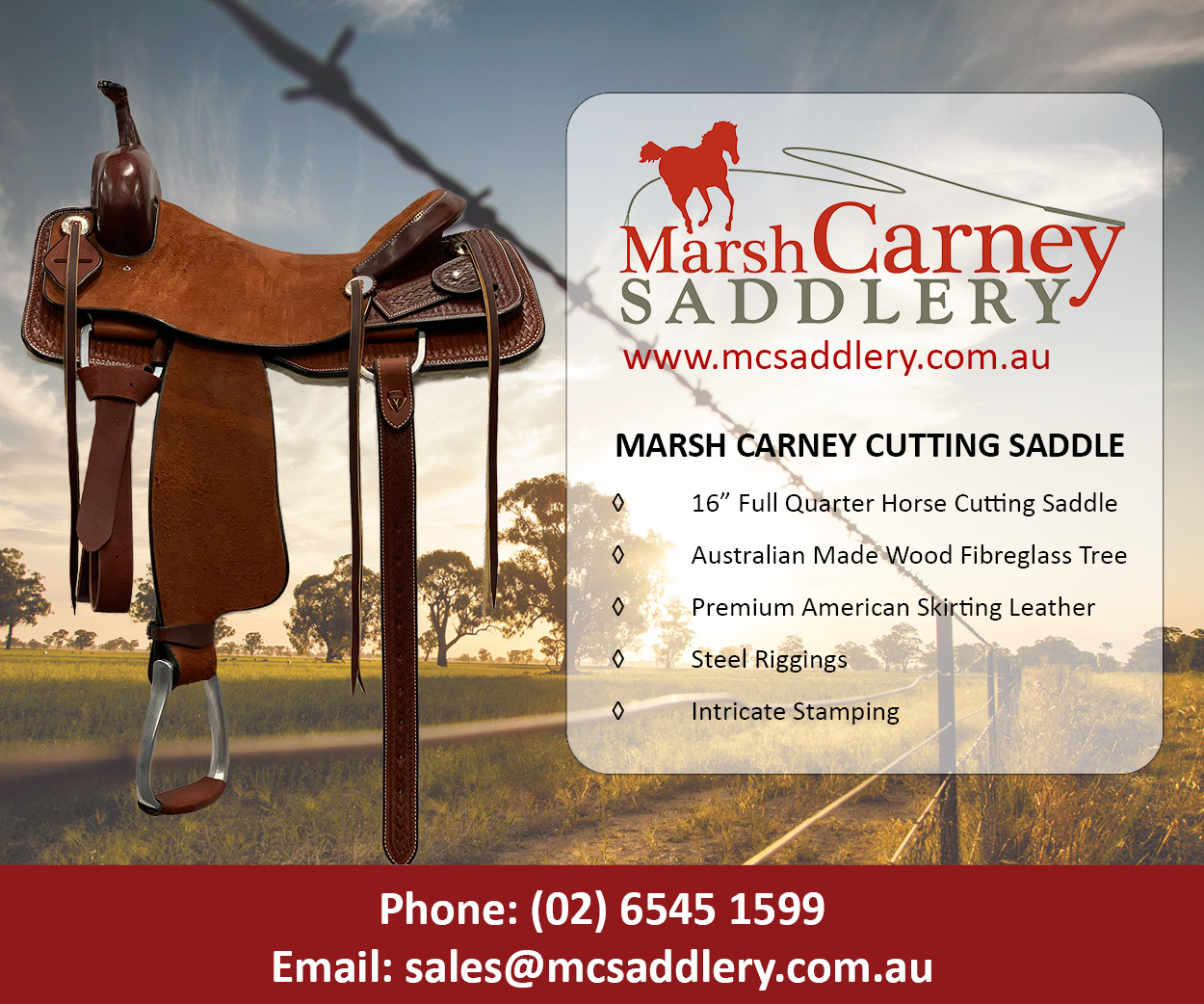 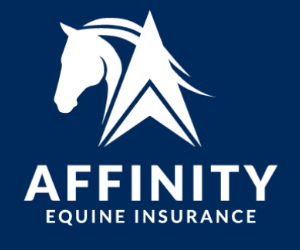